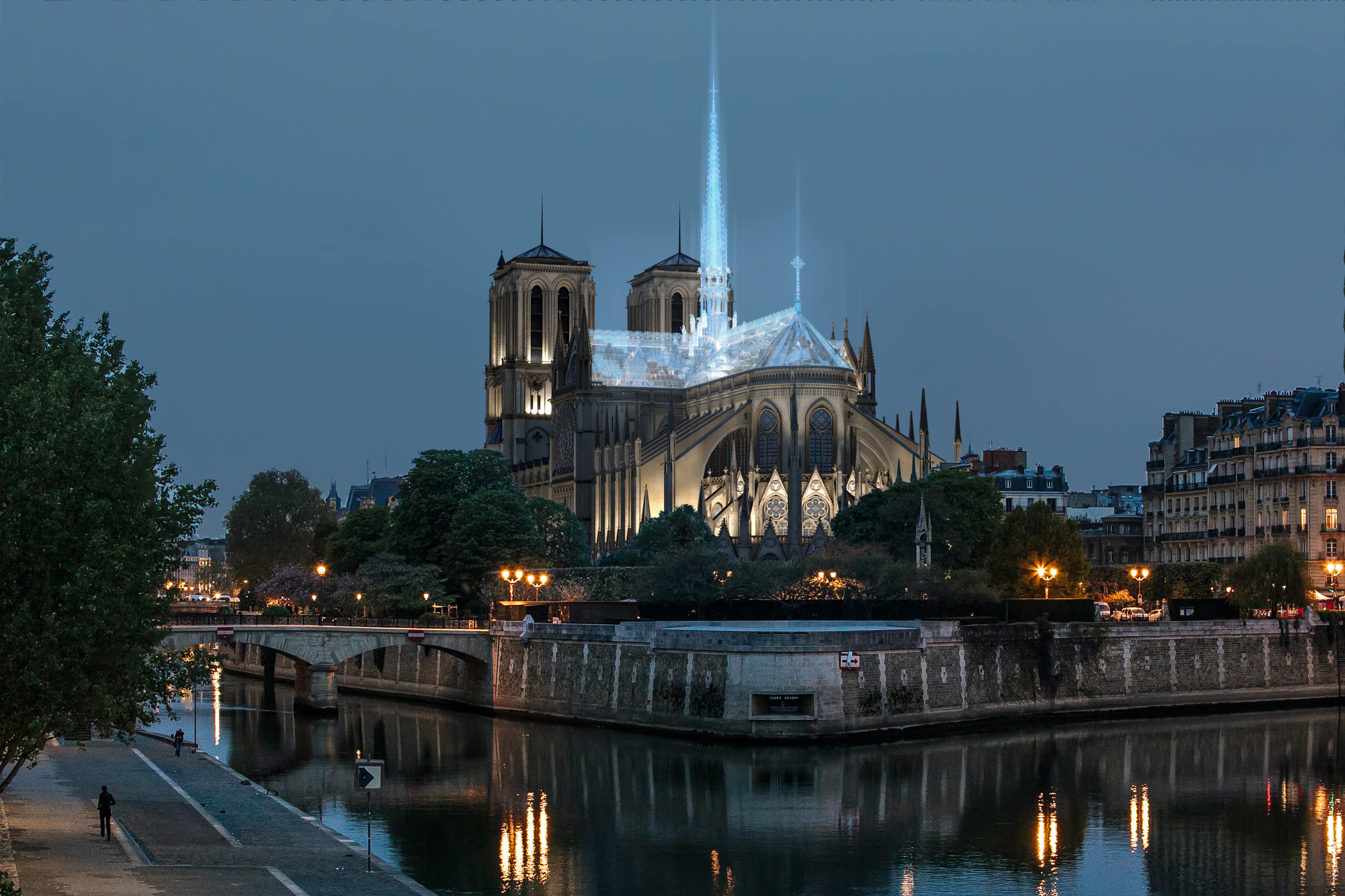 “Without architecture there would be no remembering” - Ruskin

Excerpts from The Religious Importance of Gothic Cathedrals

The Gothic style became prevalent in European religious architecture in the 11th century and has been revived and improved upon in countless cathedrals. In France, Gothic masterpieces of stained glass and natural sculpture. Notable for its vaulted ceilings and incredibly detailed facades, the Gothic style symbolized the glory of God and the church’s central place in European society for hundreds of years.

Gothic cathedrals honored God by building soaring vaulted ceilings as high into the heavens as contemporary architecture allowed. The flying buttress was an engineering development that bore more weight than previous constructions and freed up lots of space inside.

Many Gothic cathedrals with floor plans in the shape of a cross, were not only structurally sound but also a reminder of Christ’s crucifixion. Larger windows were decorated with detailed stained glass panes depicting biblical scenes and stories of saints. With stained glass illustrations, Gothic cathedrals upheld the social and spiritual hierarchy of the Middle Ages.

A key aspect of the growth of Gothic architecture during the middle ages was a belief that beauty was the spiritual path to God. Pope Benedict XVI said that “the Gothic cathedral intended to express in its architectural lines to the soul’s longing for God, ” The union of beauty with power, money and religion was what gave rise to some of the most sprawling and detailed structures ever built

Our Proposal
Eight Inc. , the original Apple store architects, has prepared an ephemeral design for the Notre Dame Cathedral reconstruction. One that is designed to reflect and respect the vision of Gothic cathedrals honoring the idea of the lines of the architecture expressing “the soul’s longing for God”.

8 envisions a formally accurate reconstruction for the roof and spire portion of the cathedral to respect the design, scale and texture of the original design.  This proposal however evokes the memory and temporal nature of building by creating an identical formal recreation entirely in architectural structural glass extending the architectural validity of the original architecture.

“This definitive example of French Gothic architecture requires a deep respect and appreciation of the history and intent of the original design. Its proportions, scale and detail brings life to the architecture.  It is not about the ego of a new architectural expression but a solution to honor this historic structure” says 8 Designer, Founder and CEO Tim Kobe.

We conceived it to replicate the great form entirely in structural glasswork.  The spiritual and luminous qualities of the material allows for both the accurate representation of the original form but also implies the impermanence of architecture and the impermanence of life.  Continuing “God though Beauty” the design intends to be relevant comfortable with the past and the future role Notre Dame Cathedral occupies between the now and the ever-after. 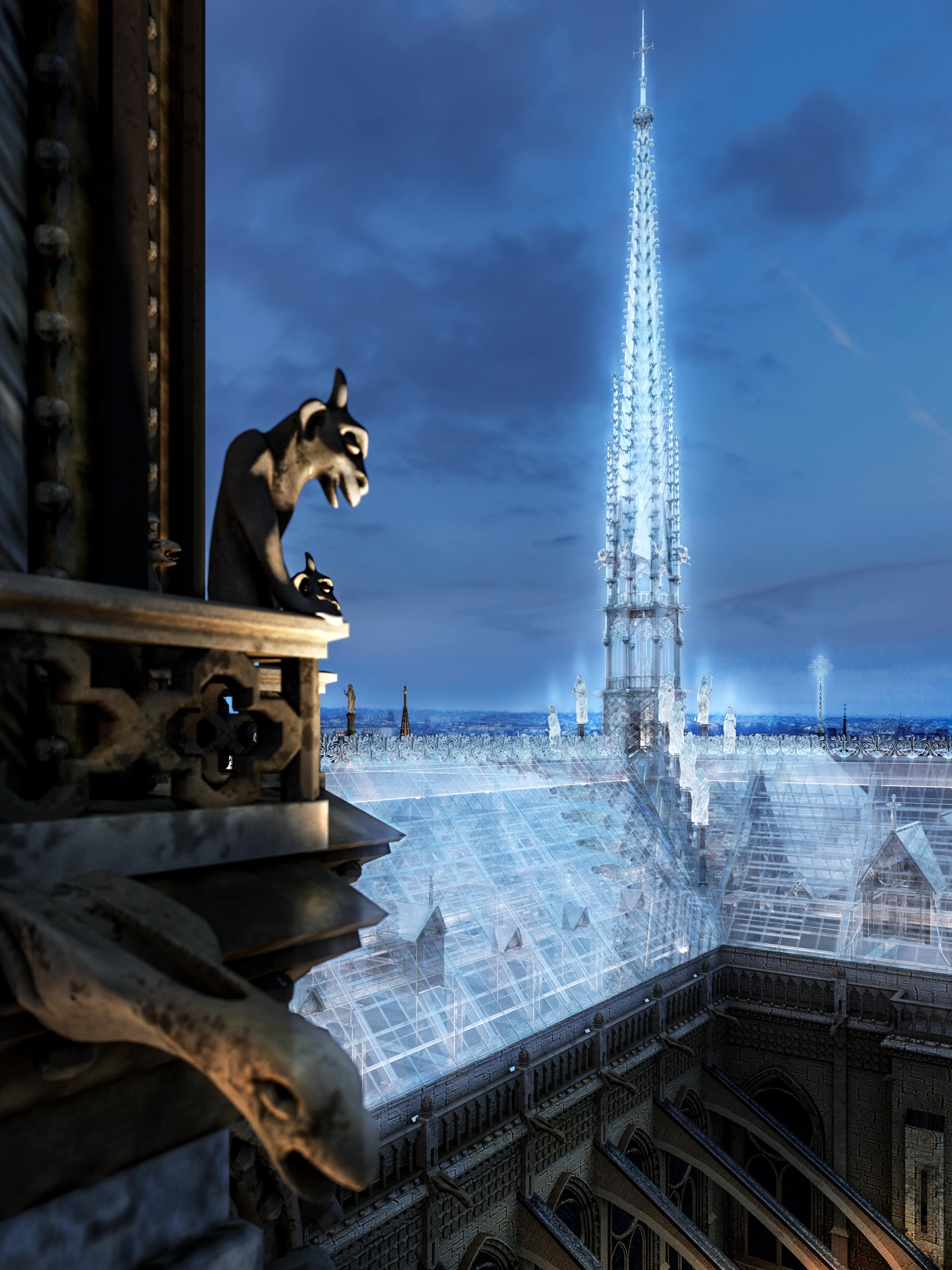 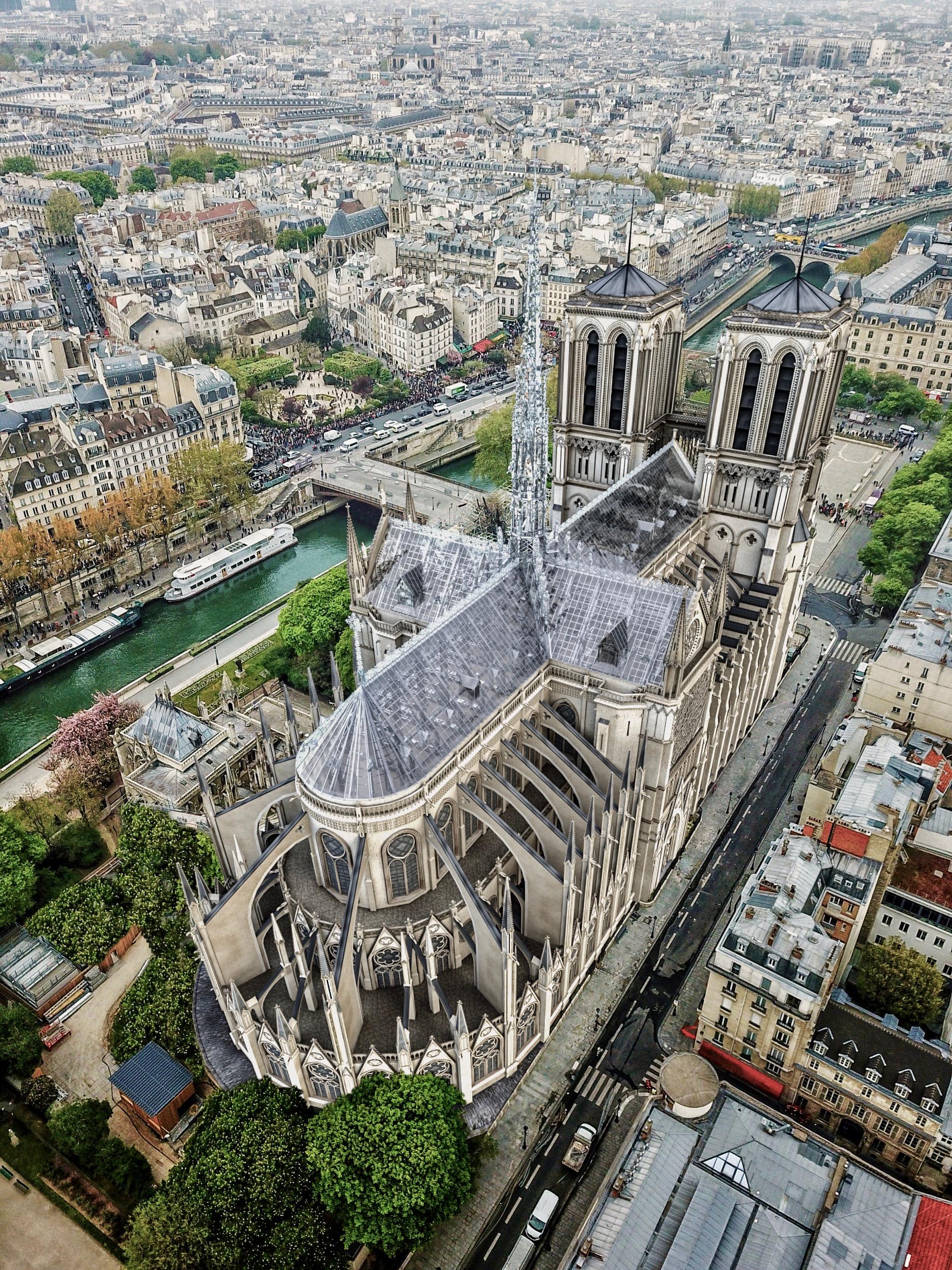 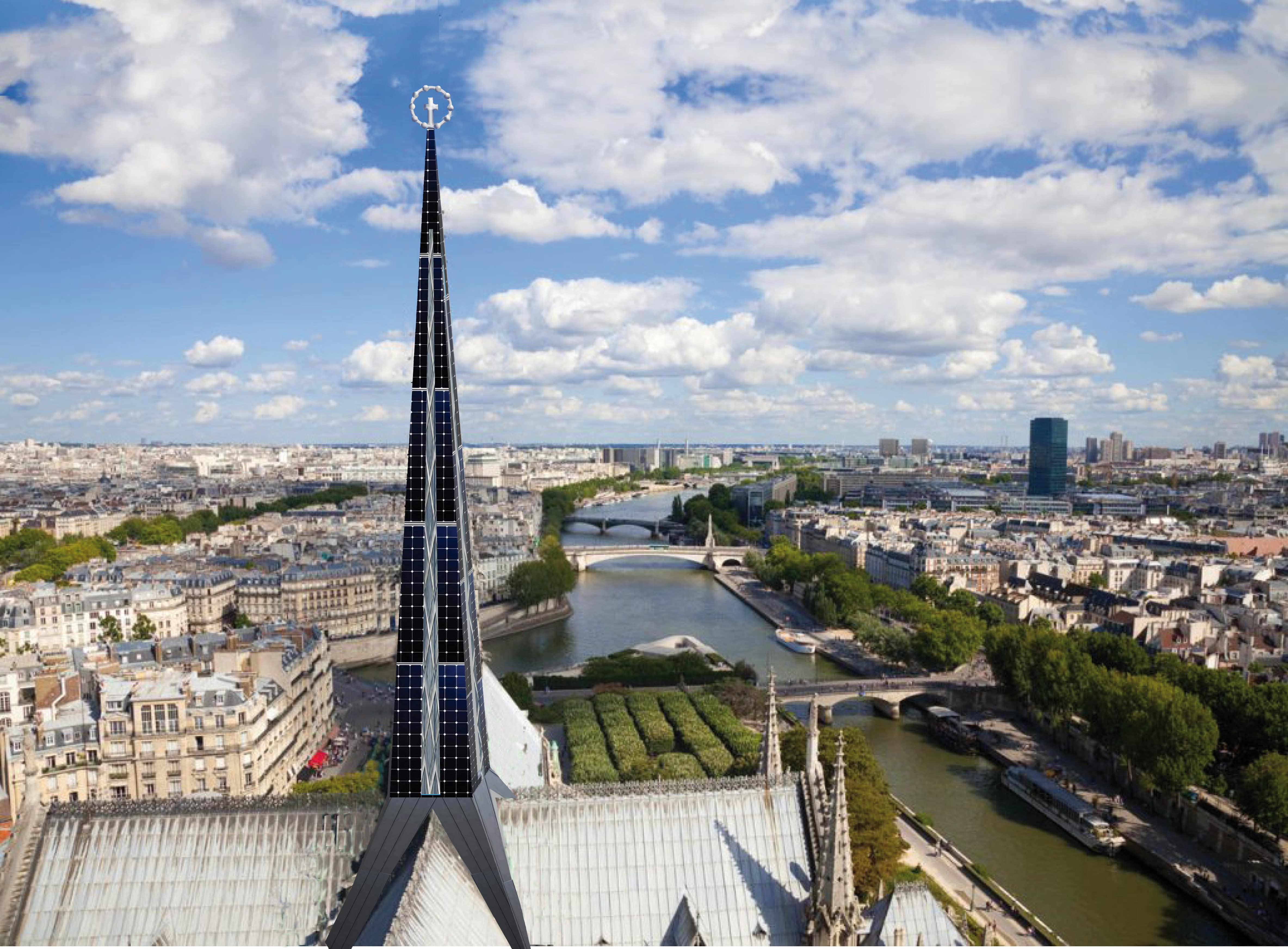 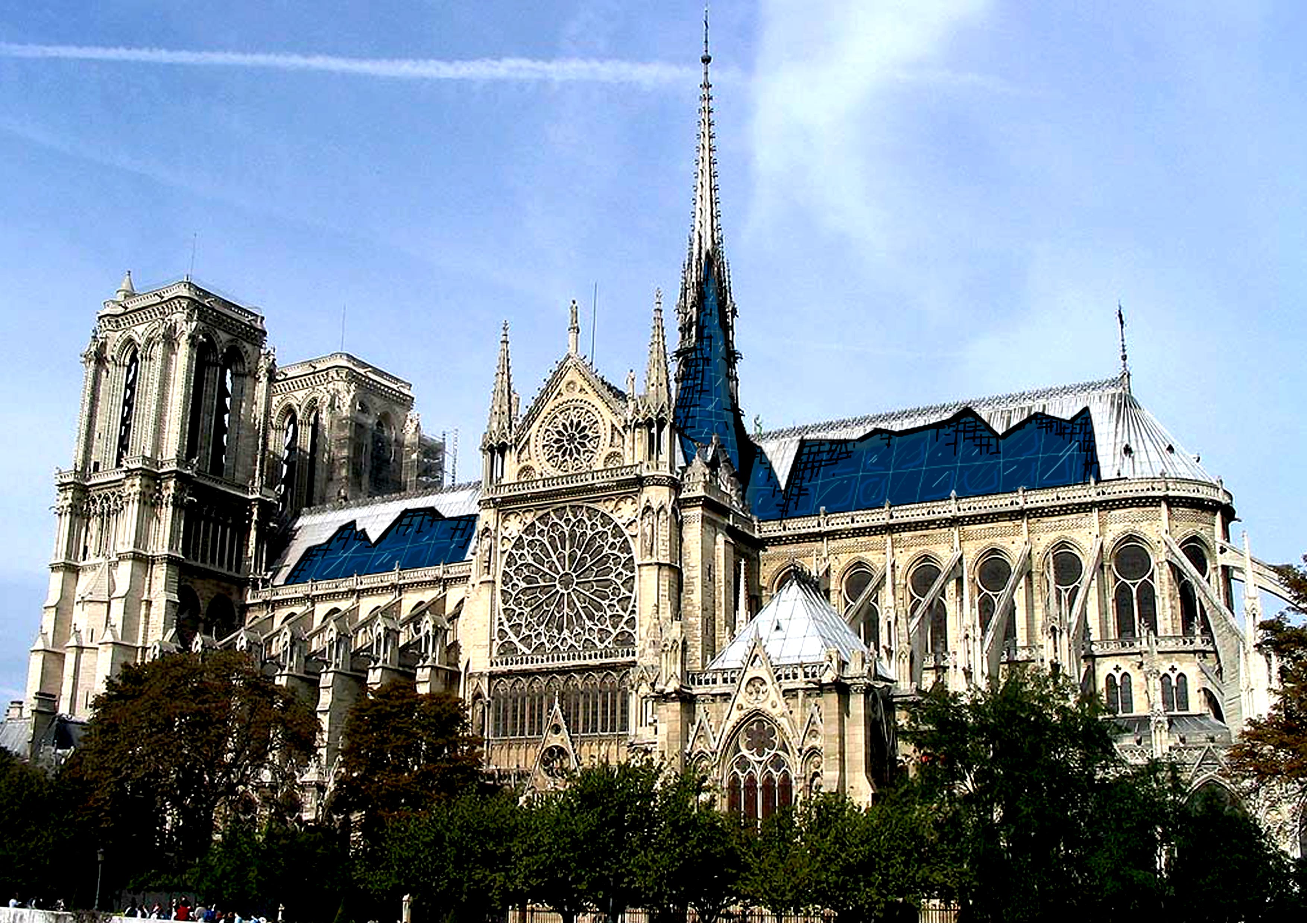 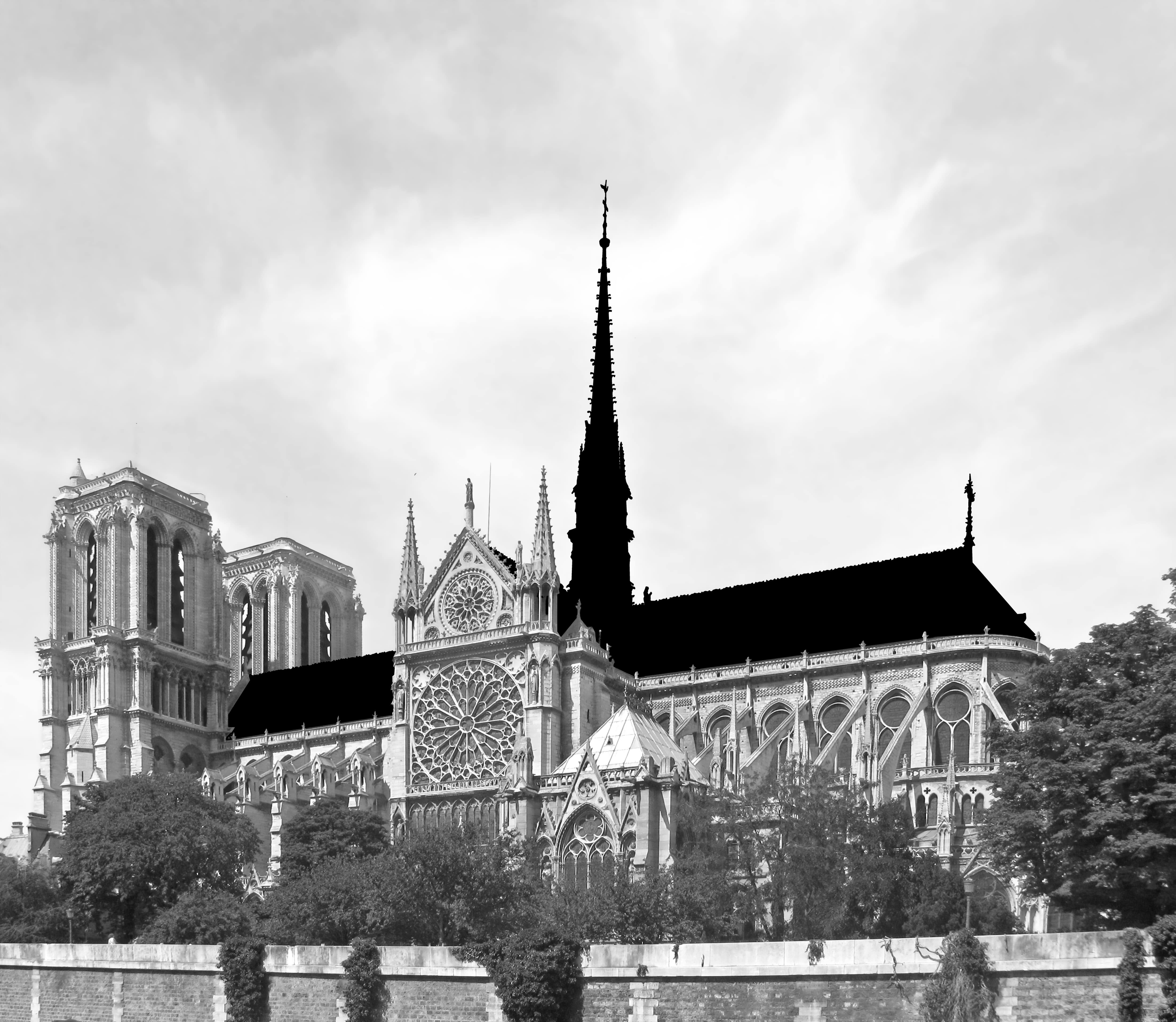 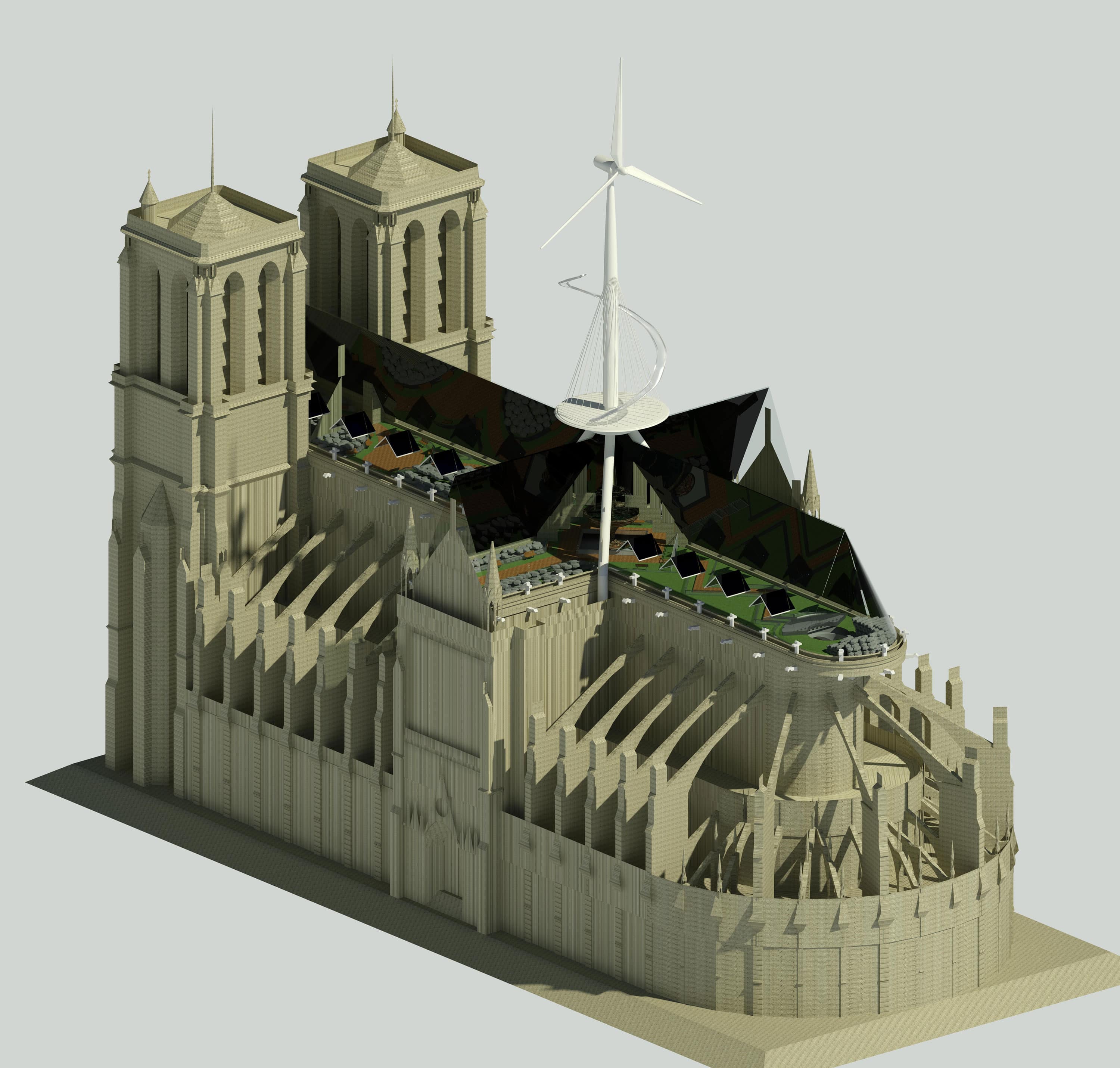 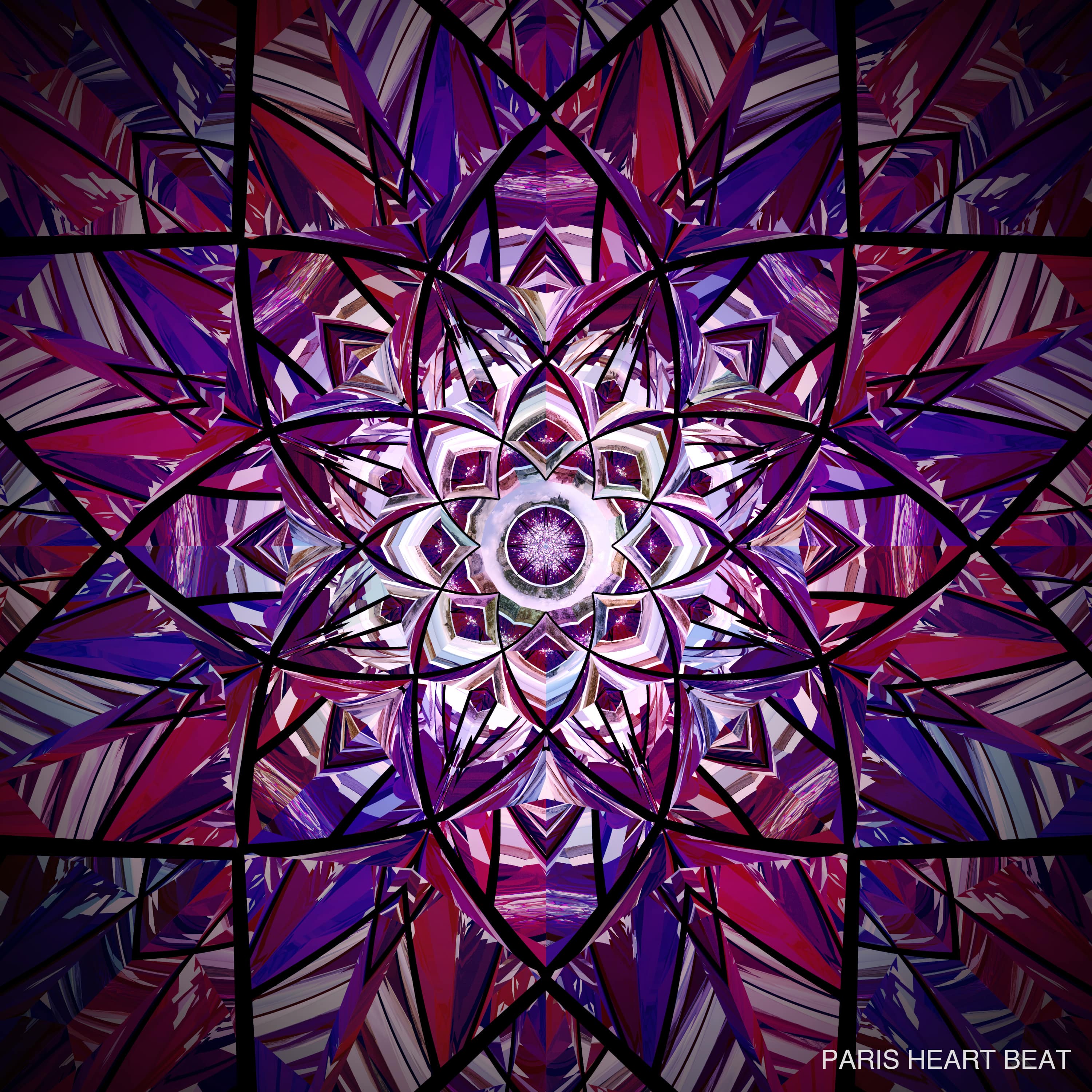 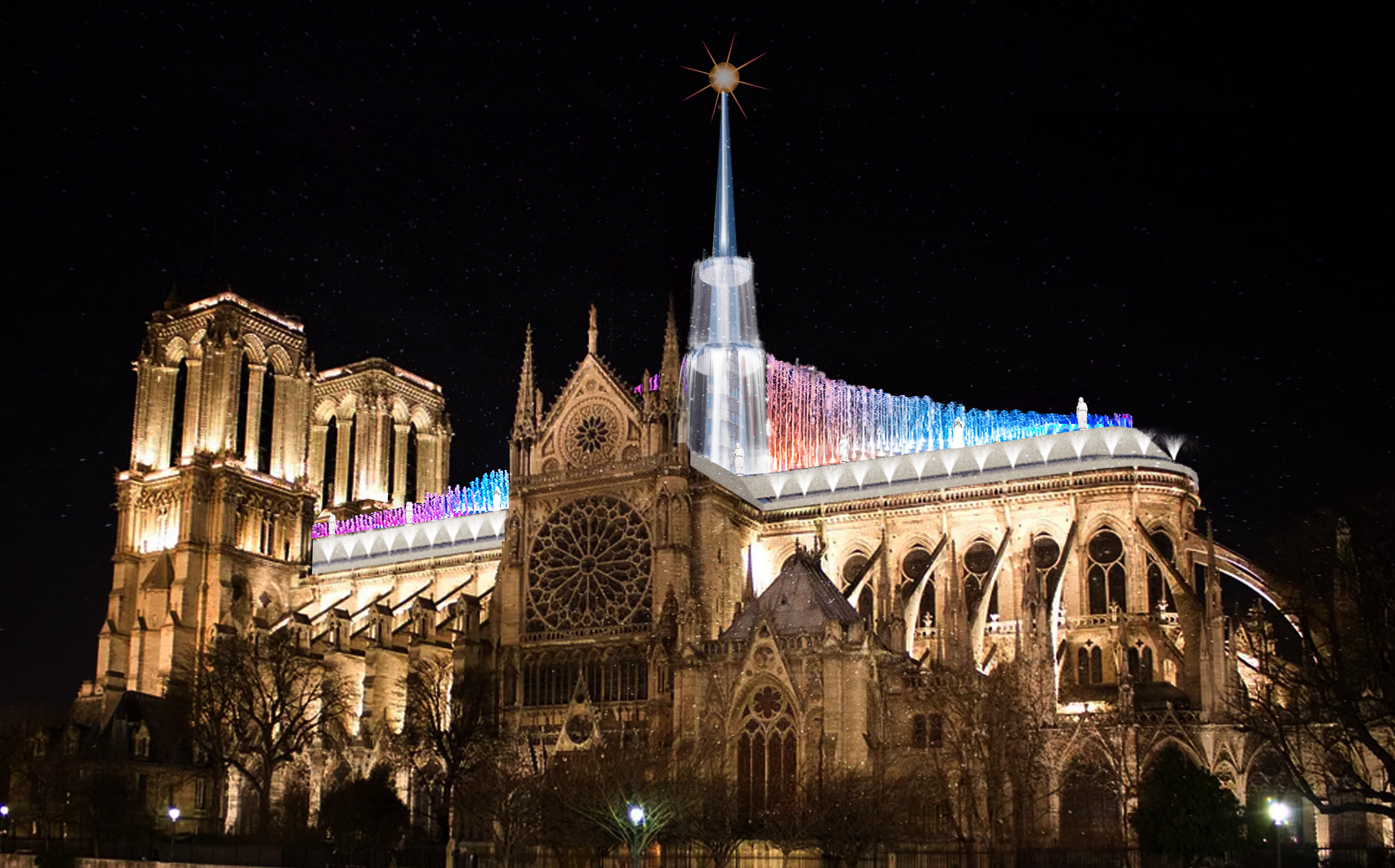 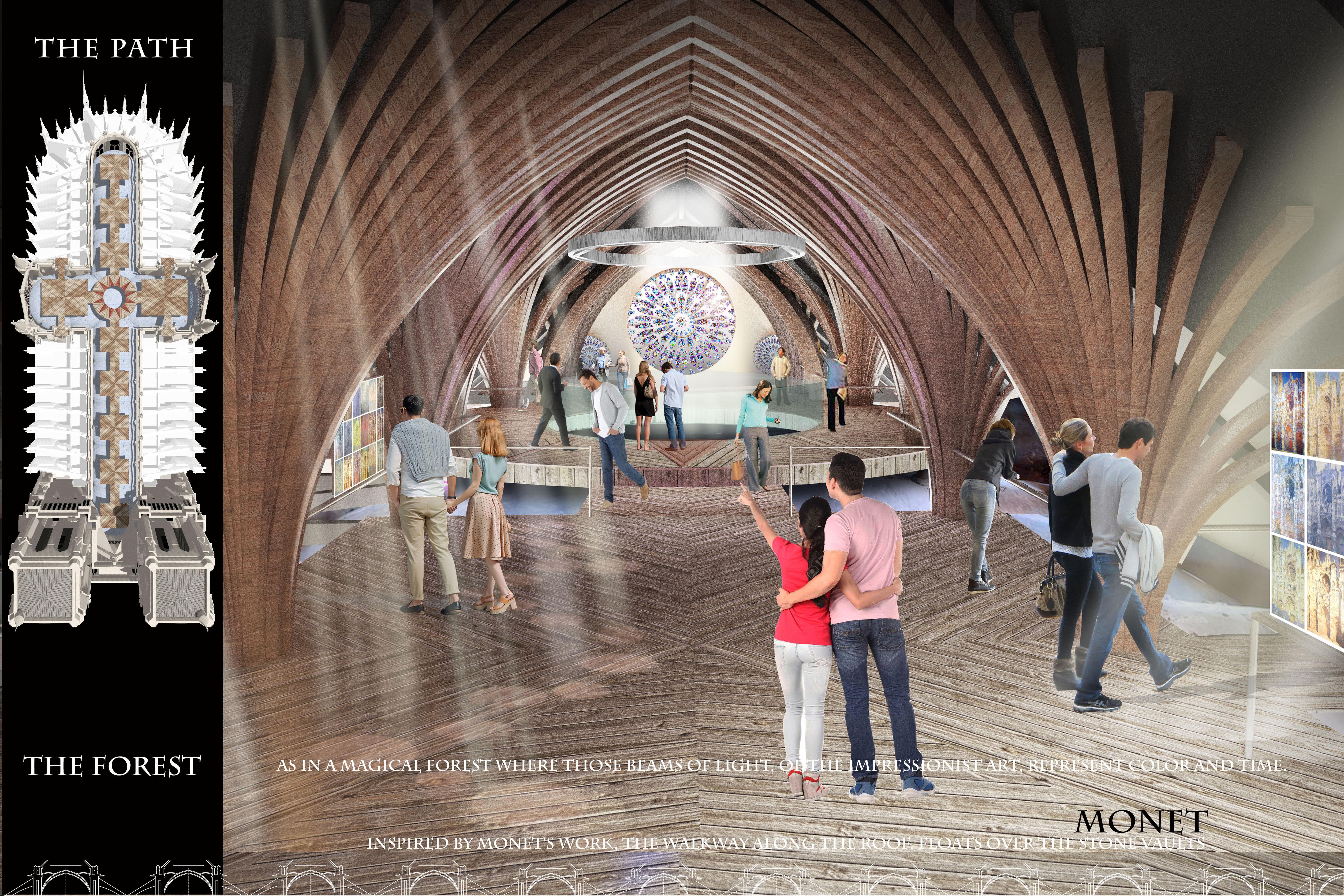 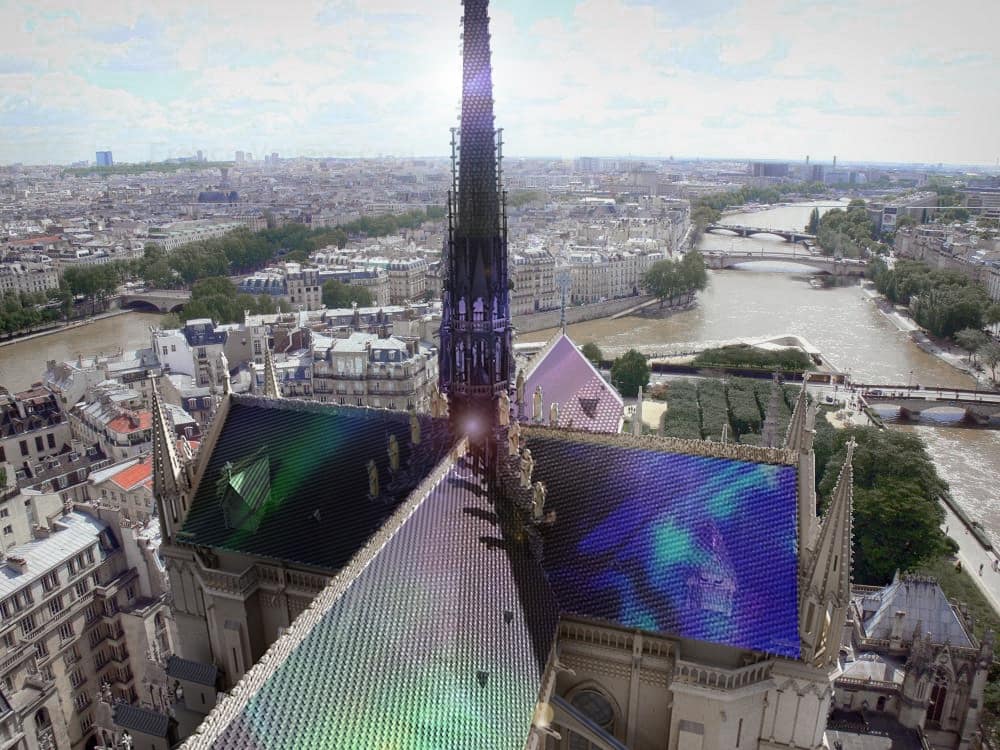