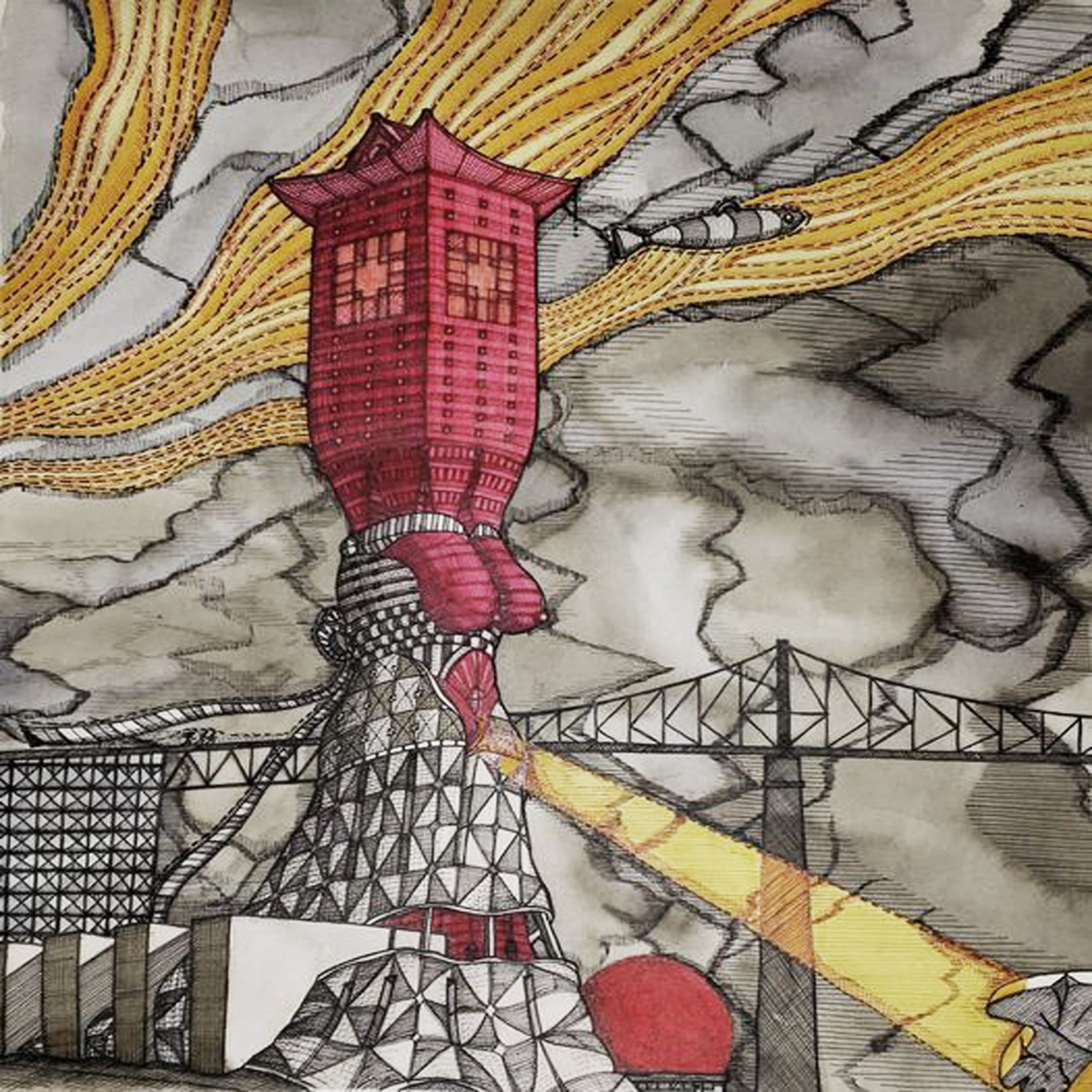 Also, Montreal is a city of uncanny. There are still buildings on the site of the Montreal World Exposition in 1967. The sphere-shaped American Pavilion, the Tunisian Pavillon, and the Korean Pavilion still remind us of that time. We can find some strangeness on this Montrealer site as temporary buildings became permanent ones.

In Montreal, serious-minded modernist architecture is difficult to take root. In Montreal, sensibility and pop match rather than reason and aura.

We can see some of the buildings above in both pictures. These kitsch and postmodern buildings are under the Jacques Cartier Bridge, Montreal's landmark.

The two protagonists of this painting, the feminine skyscrapers, are imagined buildings. They represent the architectural culture of Pop Montreal.

As they radiate rays, these two dashing feminine buildings show themselves proudly in this city of diversity.

I fantasize. In Montreal, even the most famous modernist icon, open hand, loses its aura under provocative rays of this pop architecture. 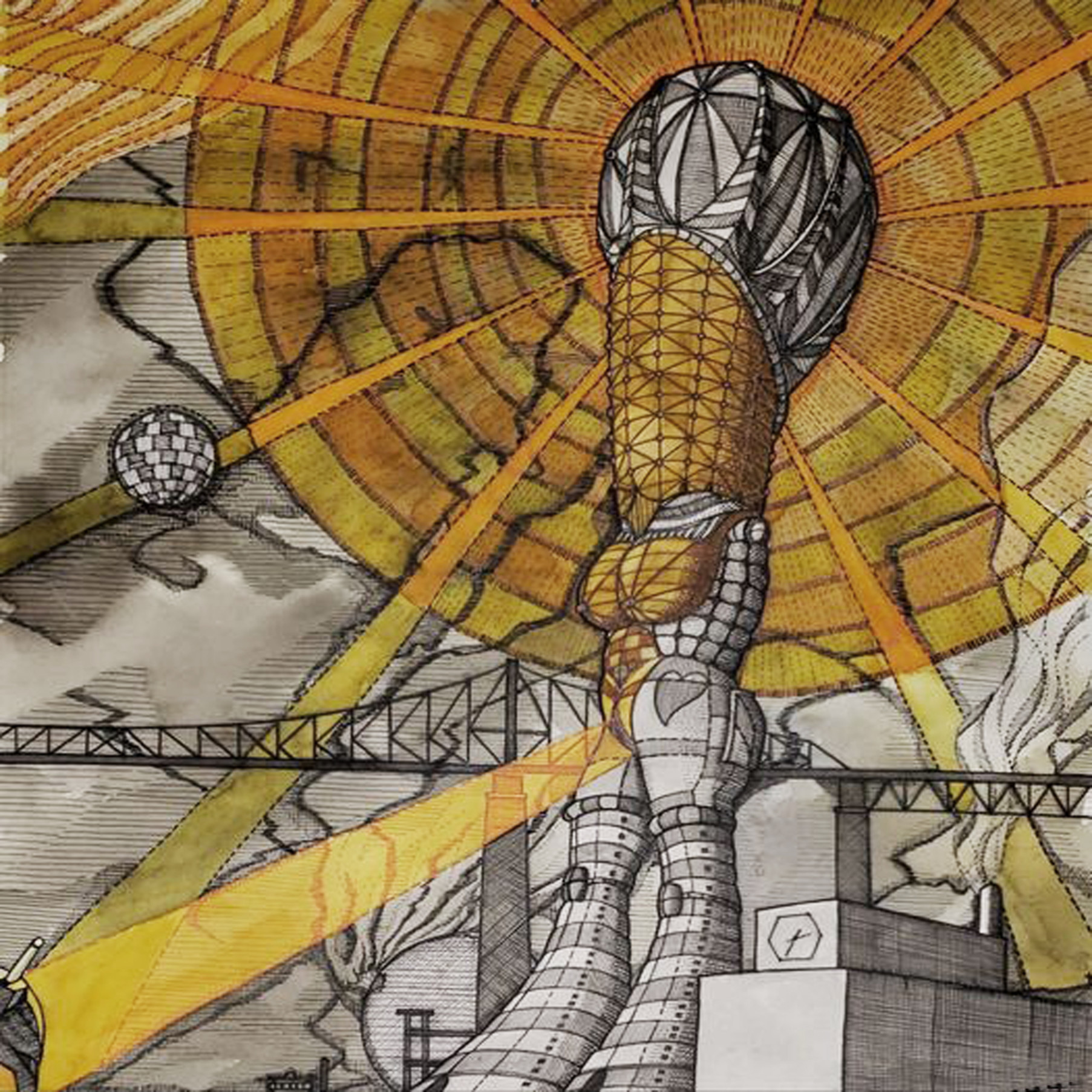 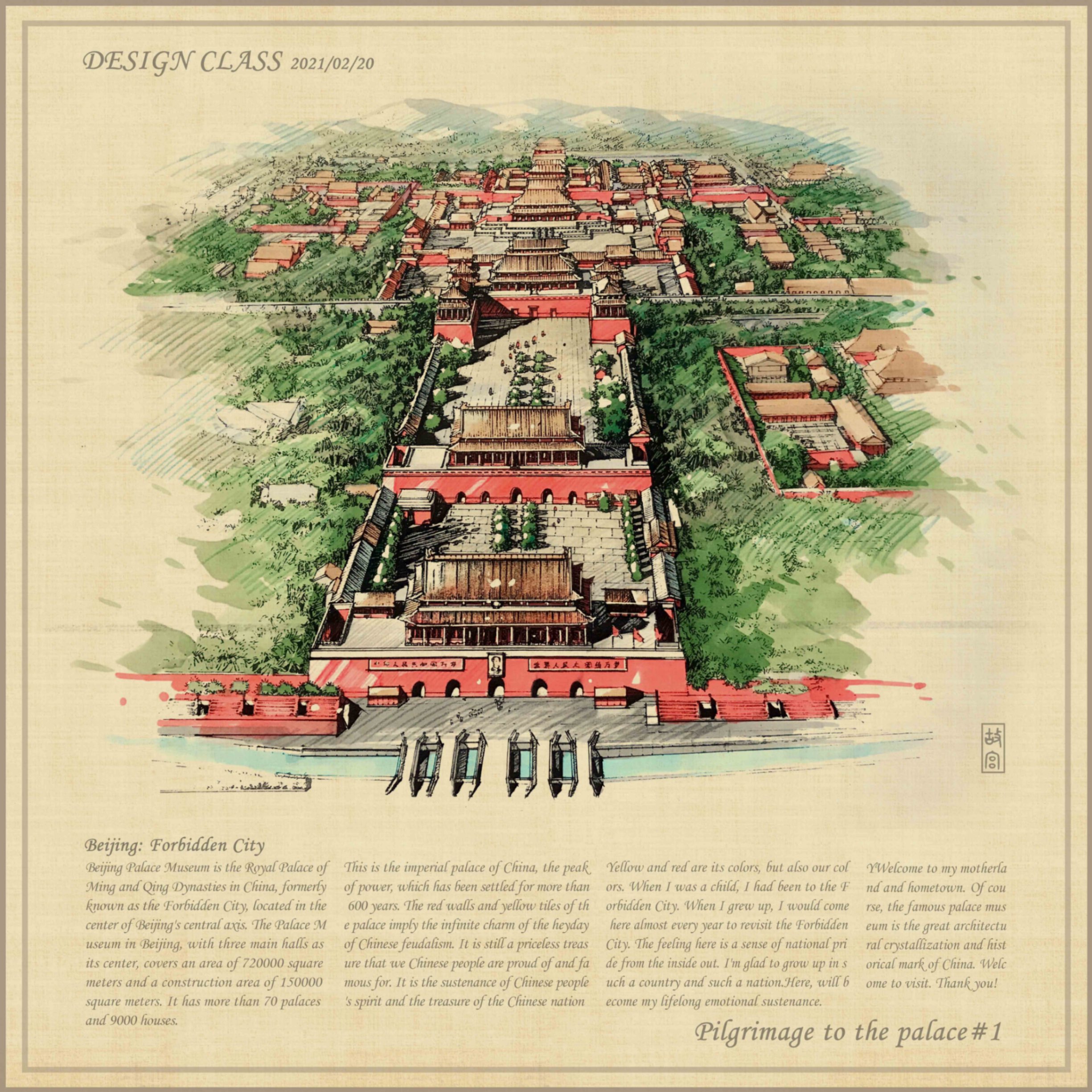 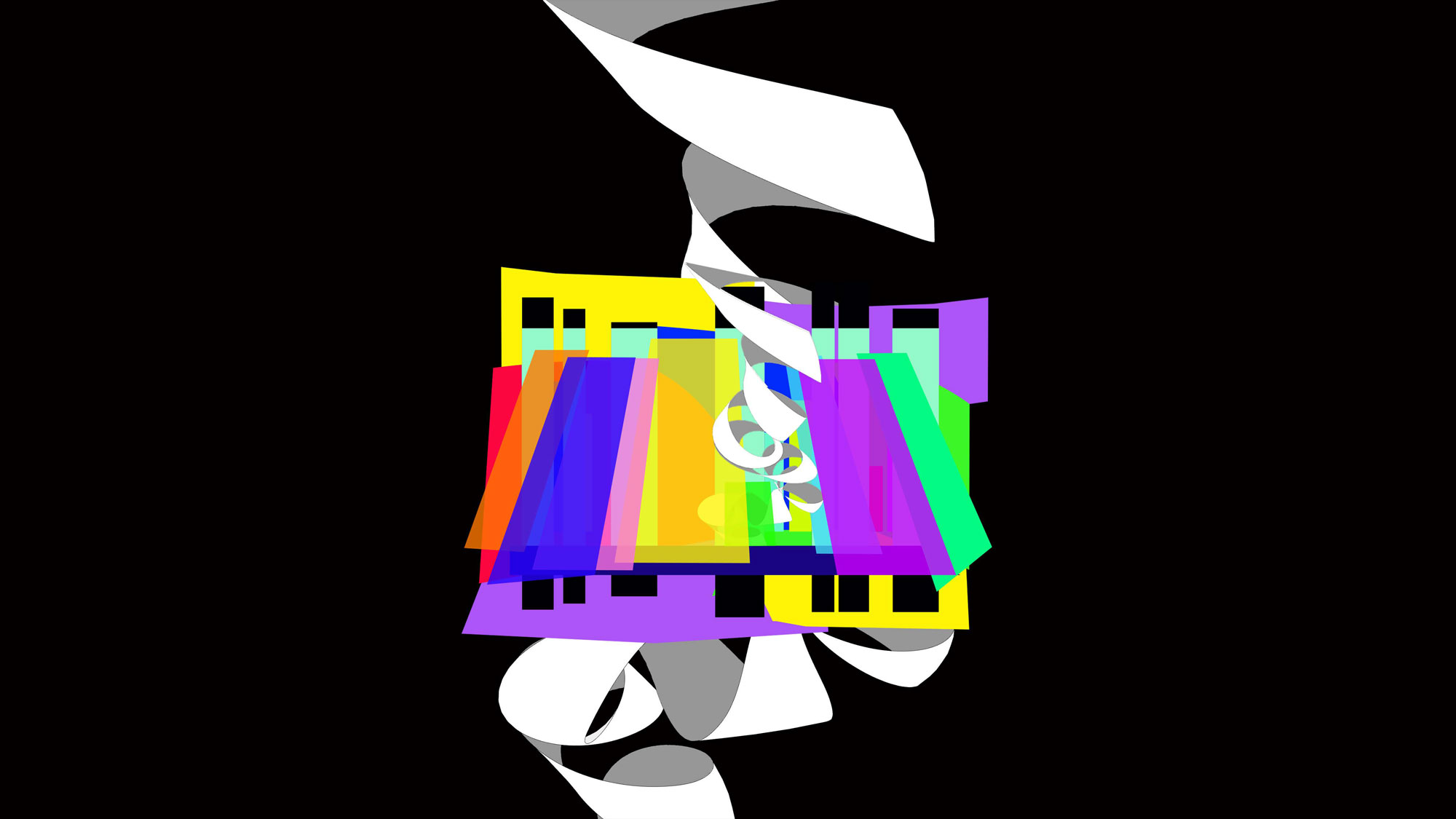 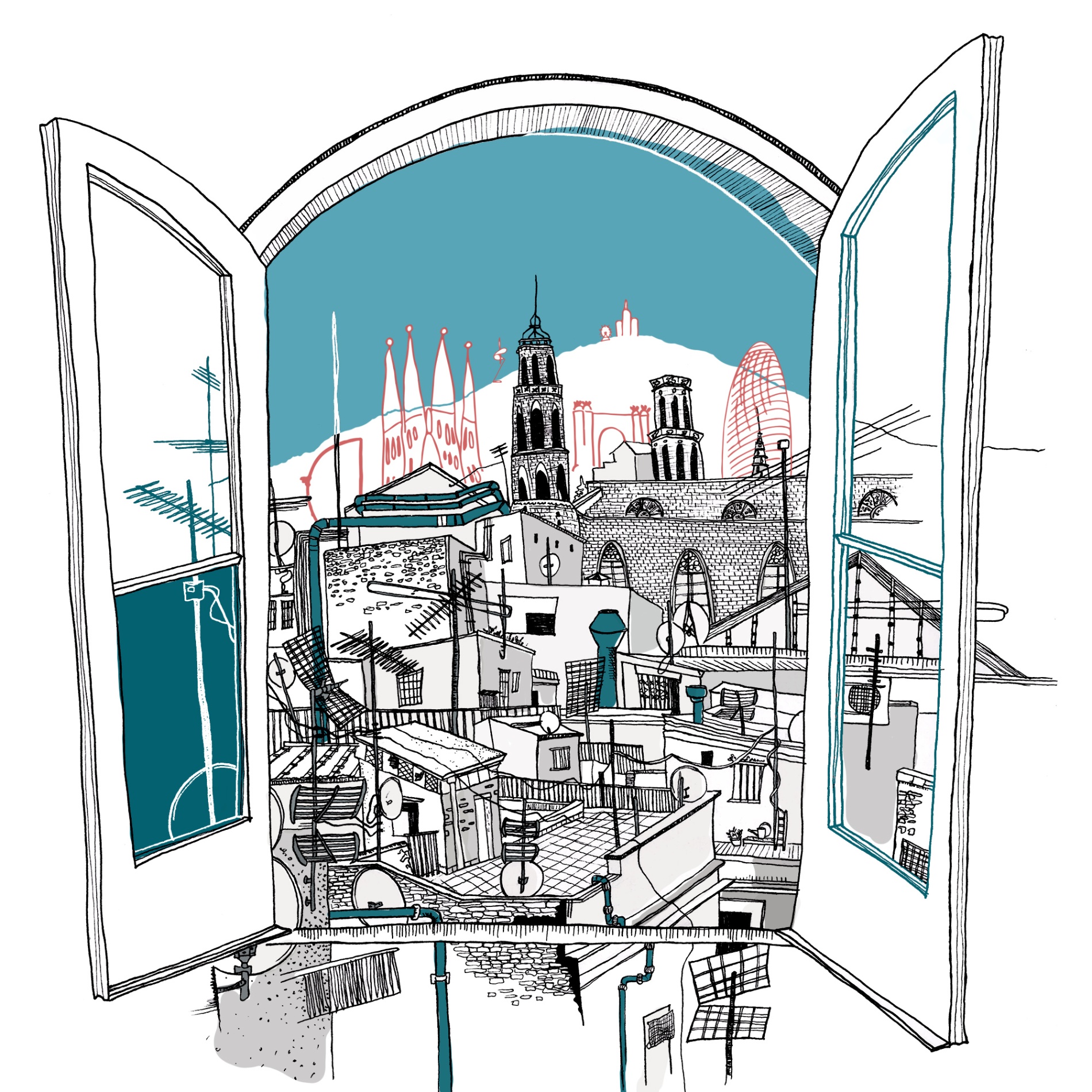 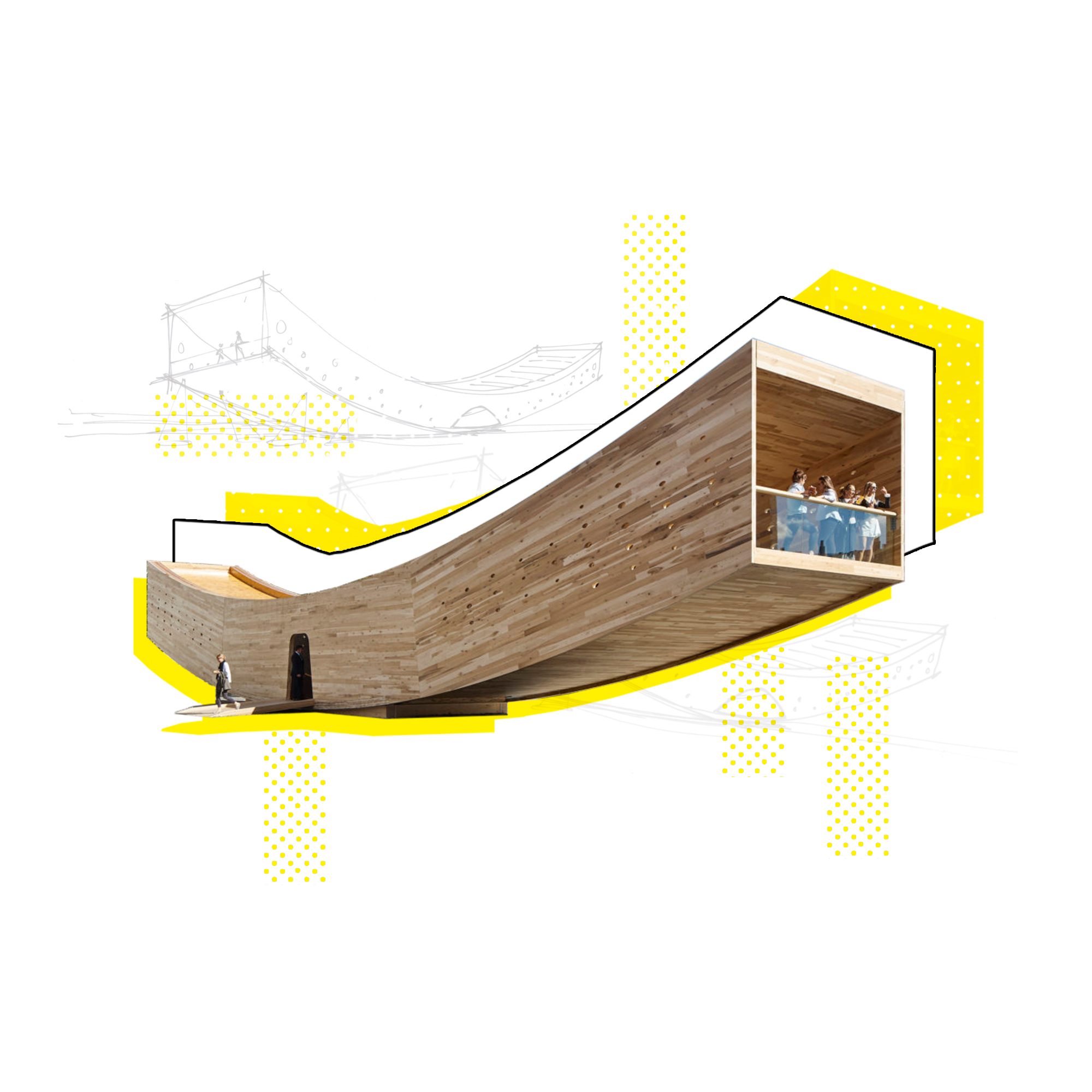 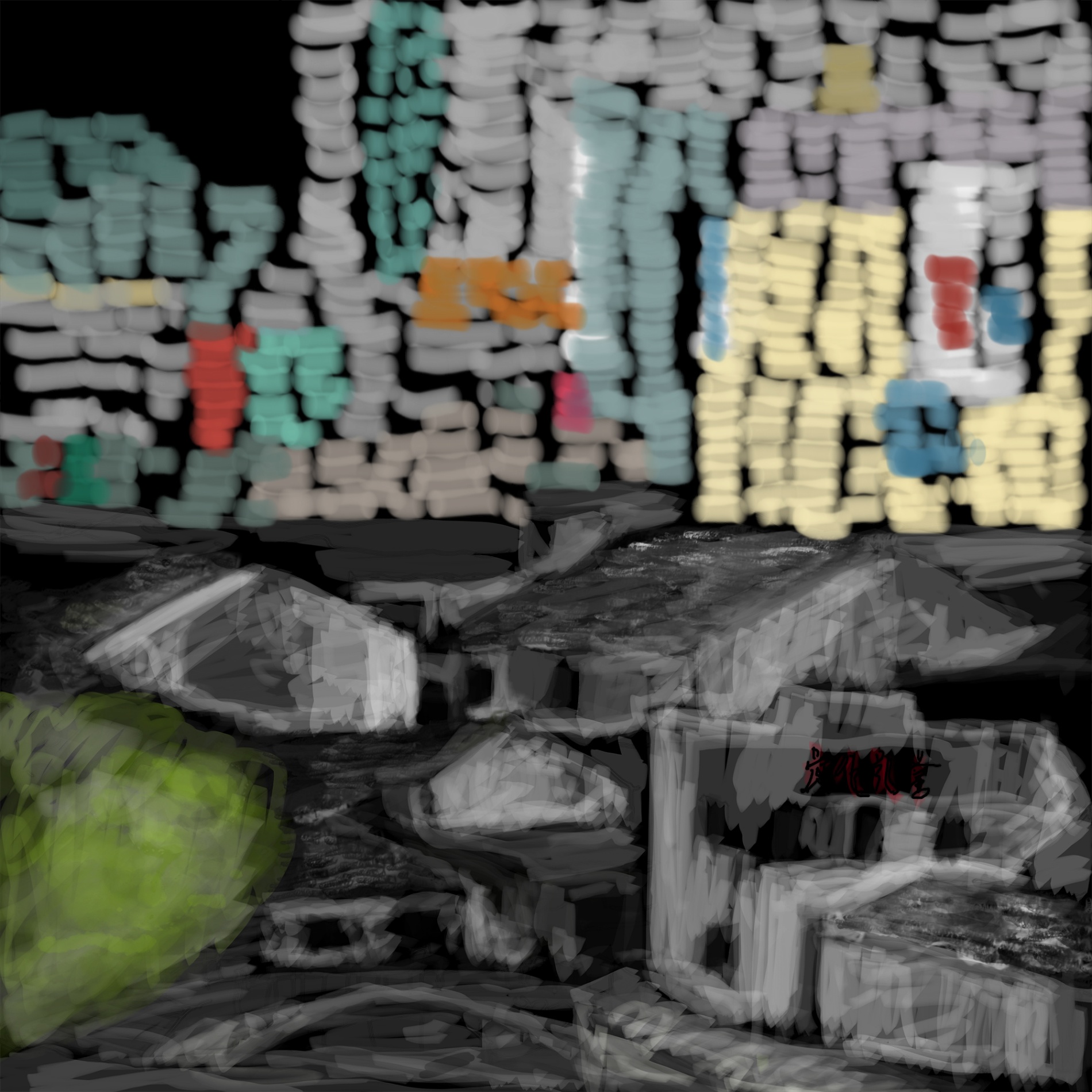 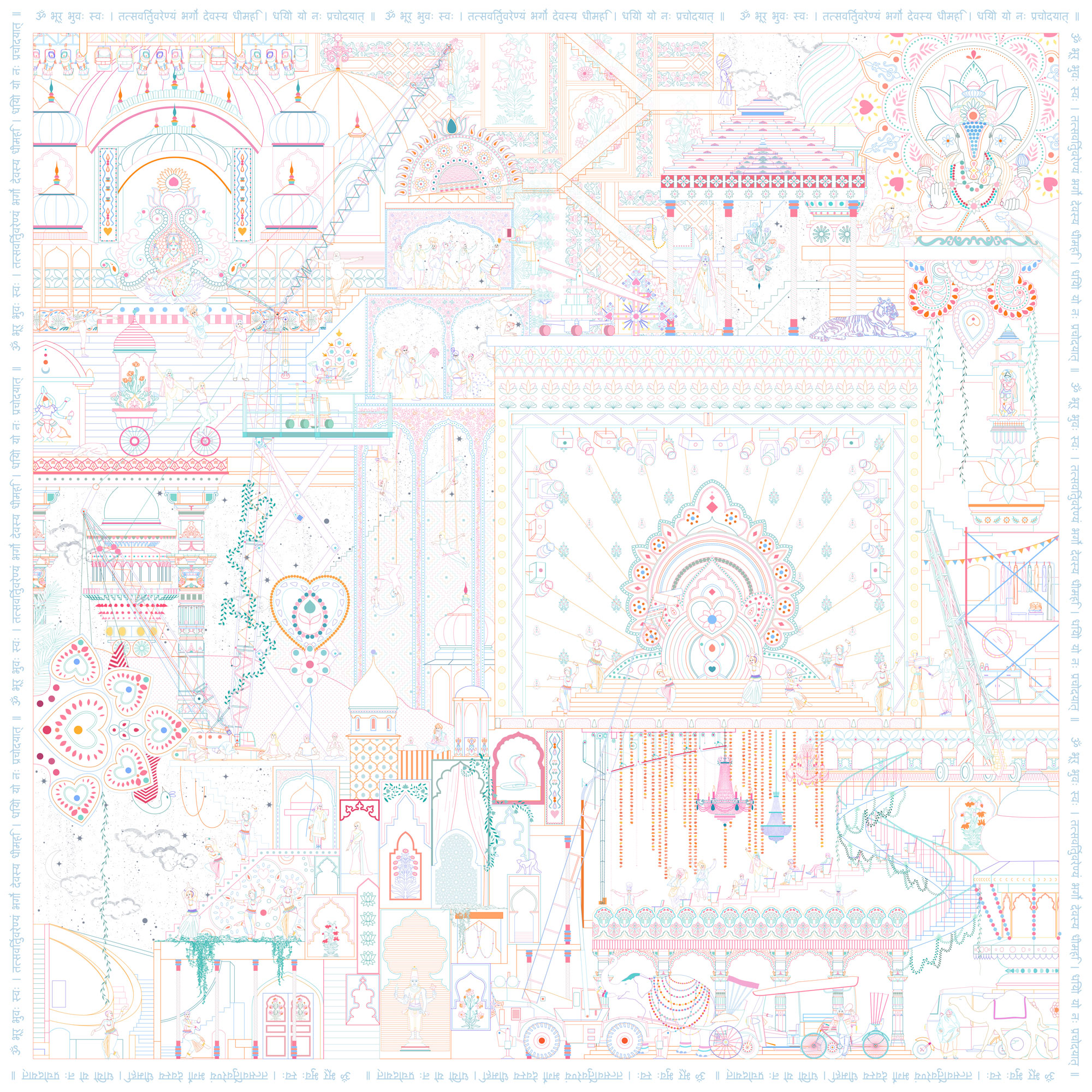 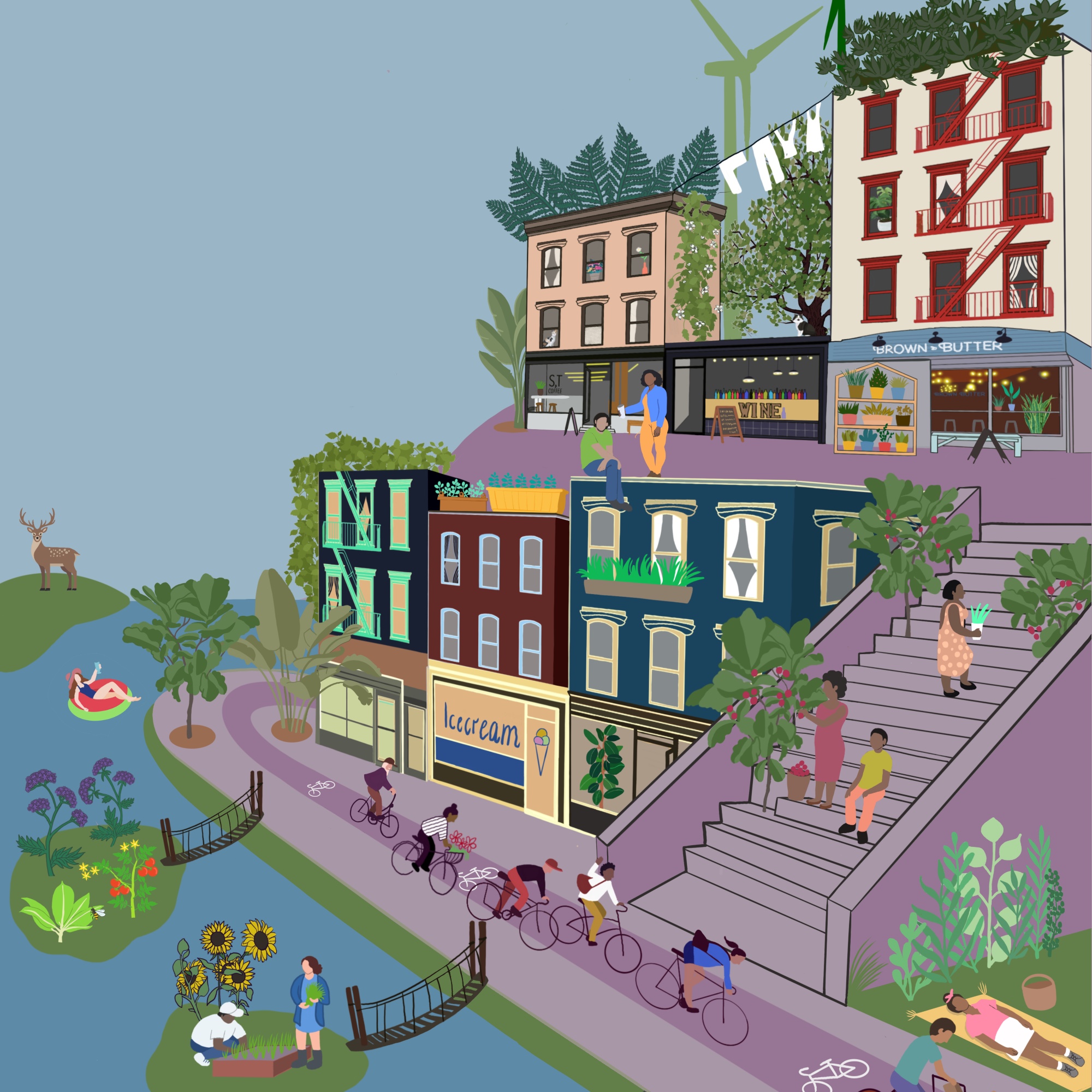 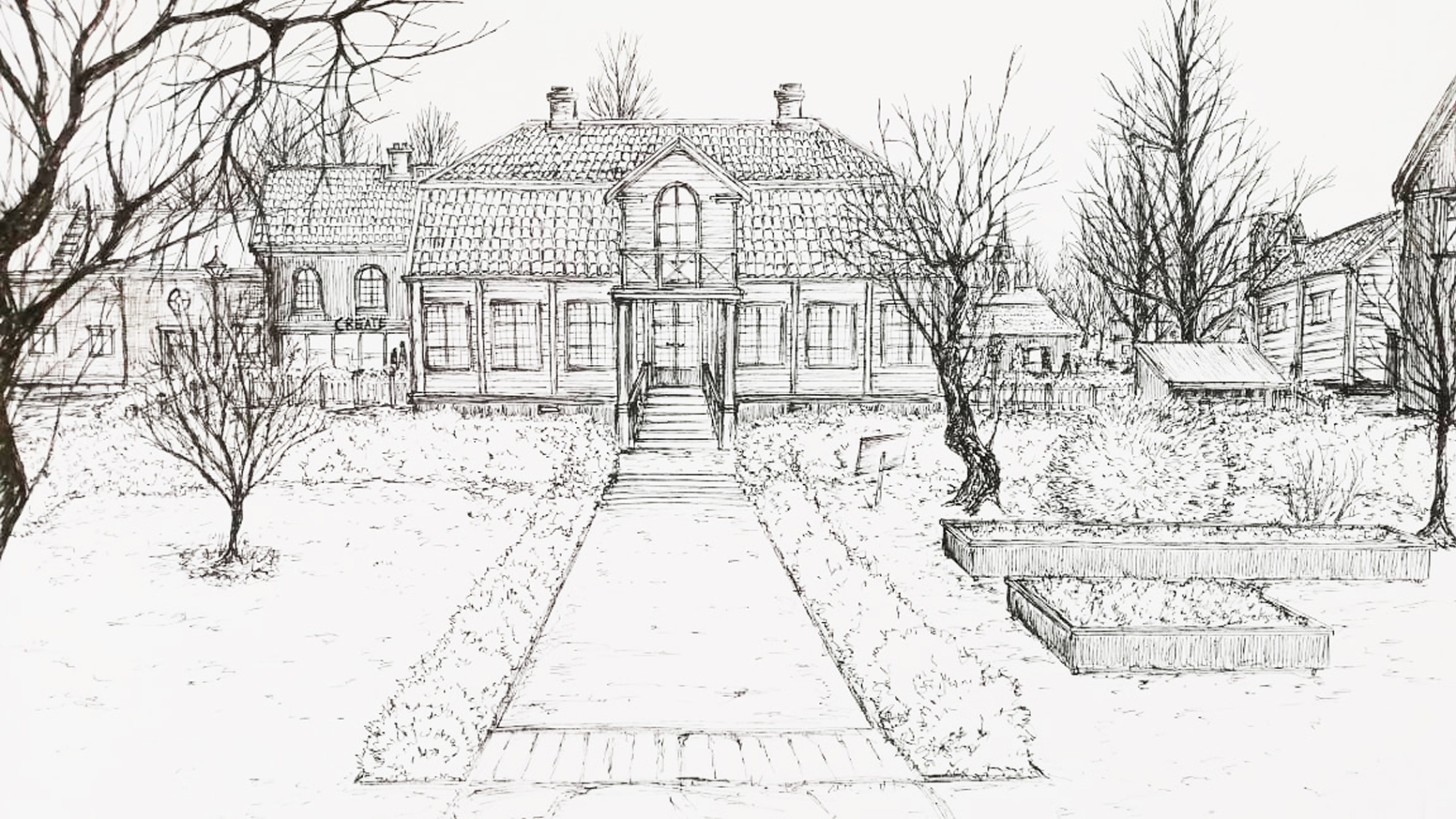