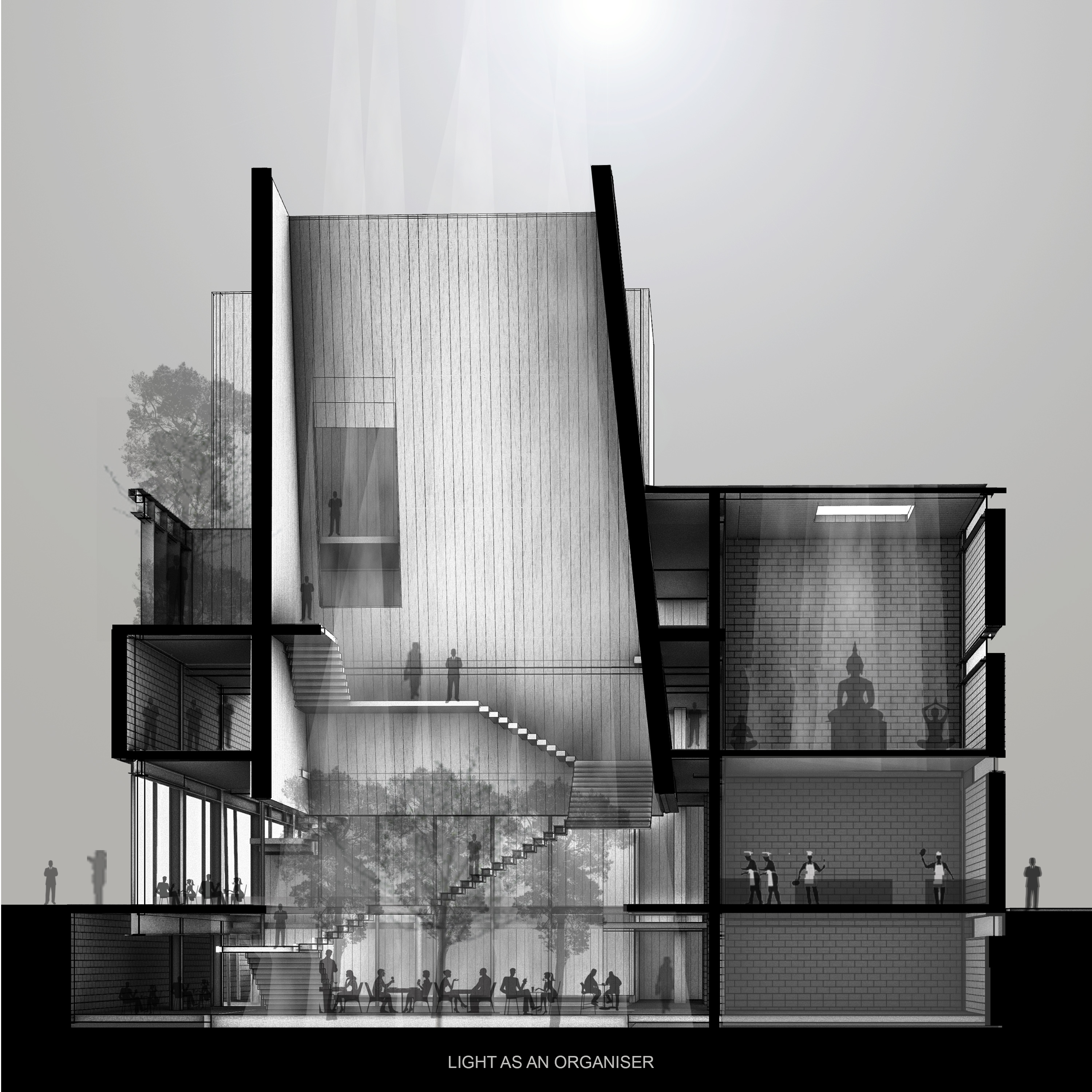 LIGHT AS AN ORGANISER

The HL Green building is a corner building situated at a prime location in midtown Atlanta. It is deteriorating with lack of maintenance, time and age, which renders it to be an unusable space. It was once a departmental store but is currently unoccupied, unwelcoming, with almost no opening along its façade and it presents a standoff attitude towards the street and the community. The objective of the project is to open up the existing building and invite the public by designing a community space in it such that the new built form is sustainable and minimizes the carbon footprint.

With the concept of adaptive reuse, keeping in mind its historical significant value, light in the form of inserted light wells were introduced in the otherwise dark building and the community spaces were arranged with respect to it. The community spaces consist of a large auditorium and a Restaurant in the ground floor and basement, a small meditation hall in the mezzanine and small hostel rooms for guests with courtyards in the upper most level.

The ground floor was completely opened up to the public with glass facades on all three sides and a connection with the exterior was established. The building was divided into two with entries on either side. While one was the entry to the restaurant, the other one was for the auditorium with the ticket counter. Separate service entries for the kitchen and the backstage facilities at the basement were established.

With the help of the floating heavy timber light-wells, attached to the floor plates, light travels from the outside to the basement providing abundance of natural daylight. There are three light wells in total and each of them have winding staircases and surround a small green courtyard. This fuses the exterior with the interior to give  an exciting experience for the users.

This has a surreal effect that perpetually changes material into immaterial, dark into light, light into space with the movement of the sun. These light wells also consist of stairs winding through them and act as major circulation through the building.

This project is about sensing of spaces with respect to light while keeping in mind the carbon footprint. Minimum changes are required in the structural grid with respect to the introduction of the light well as all the other structures remain as designed originally. By opening up the façade, introducing three light wells, greenery, auditorium space, and hostel facilities, the now ruined building can become a major community space. 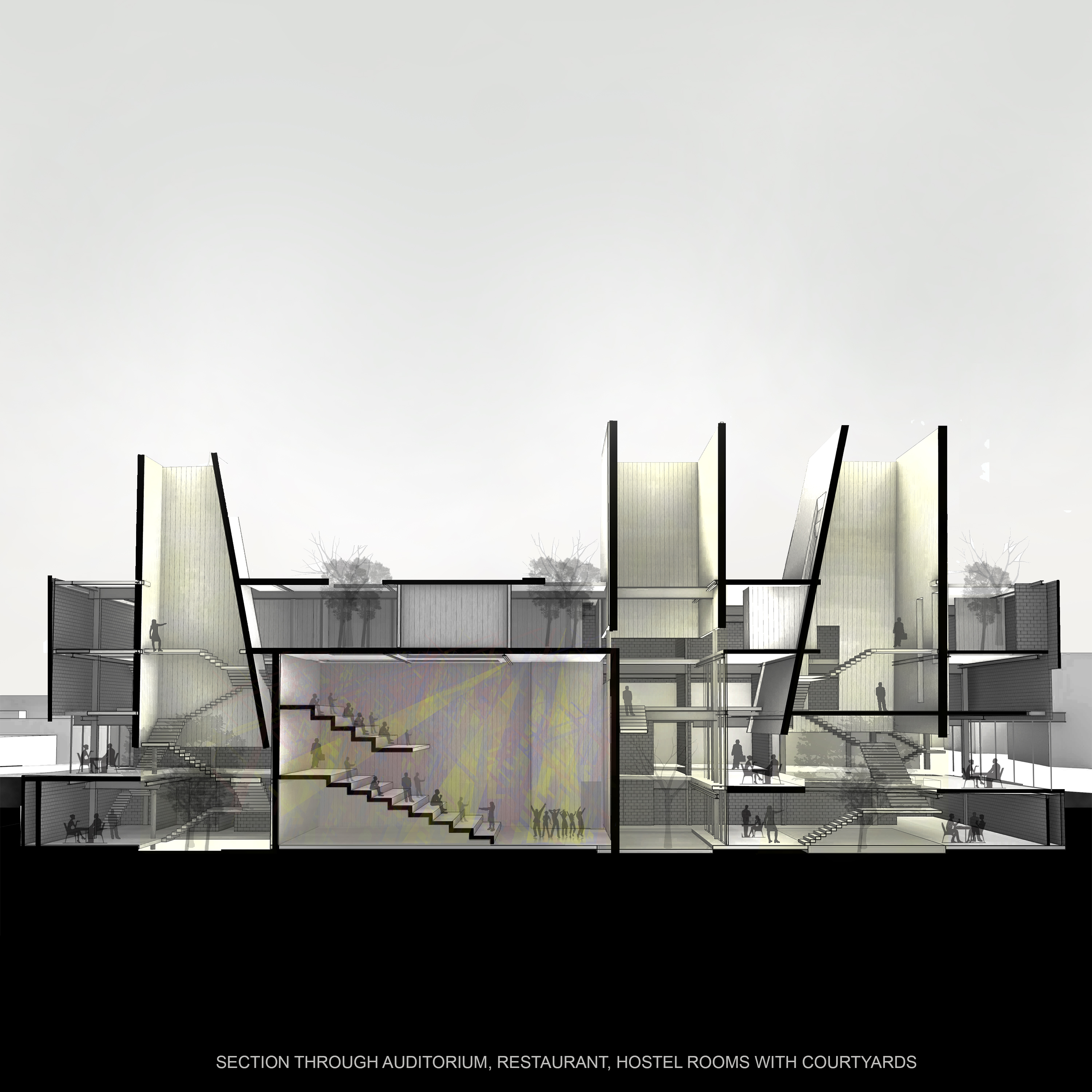 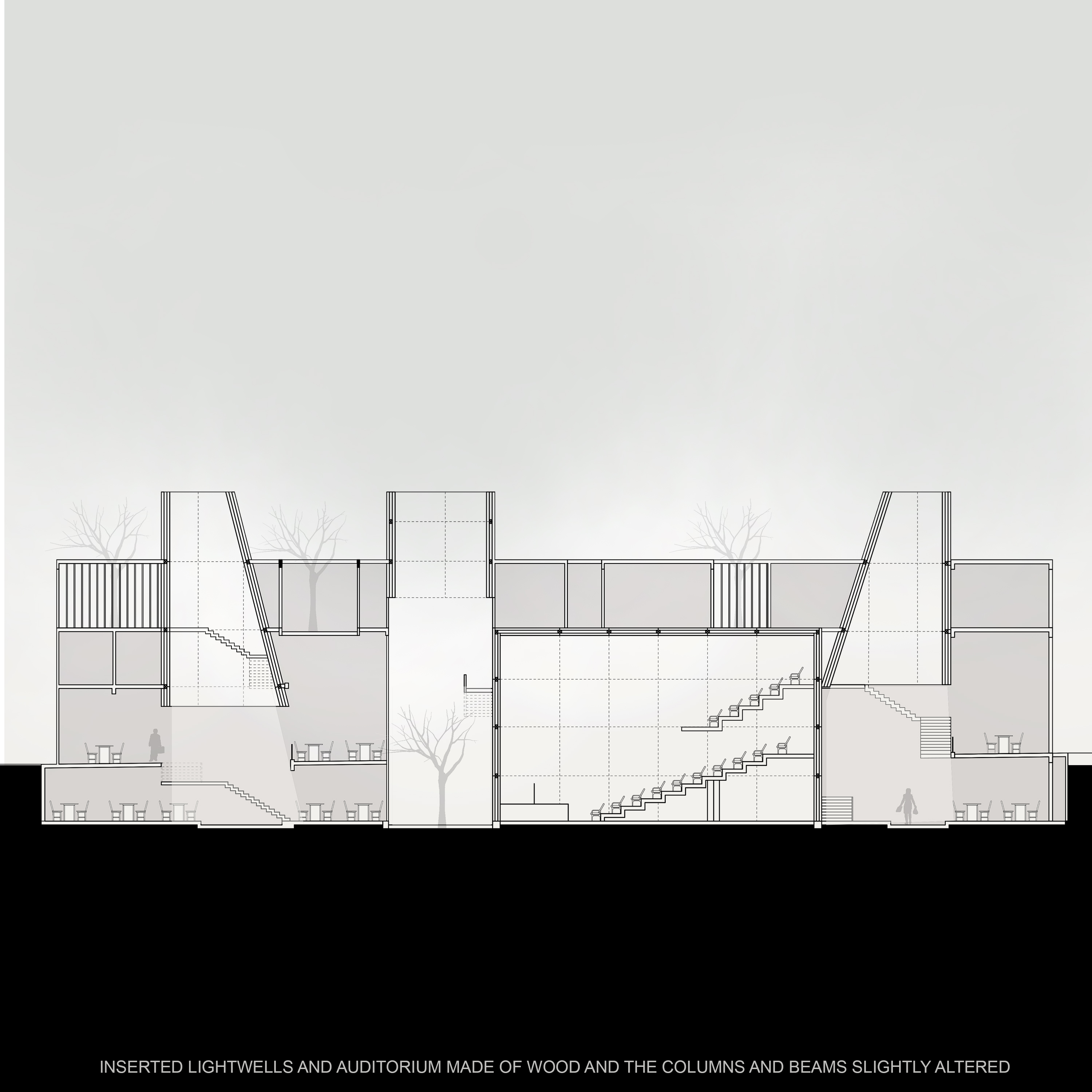 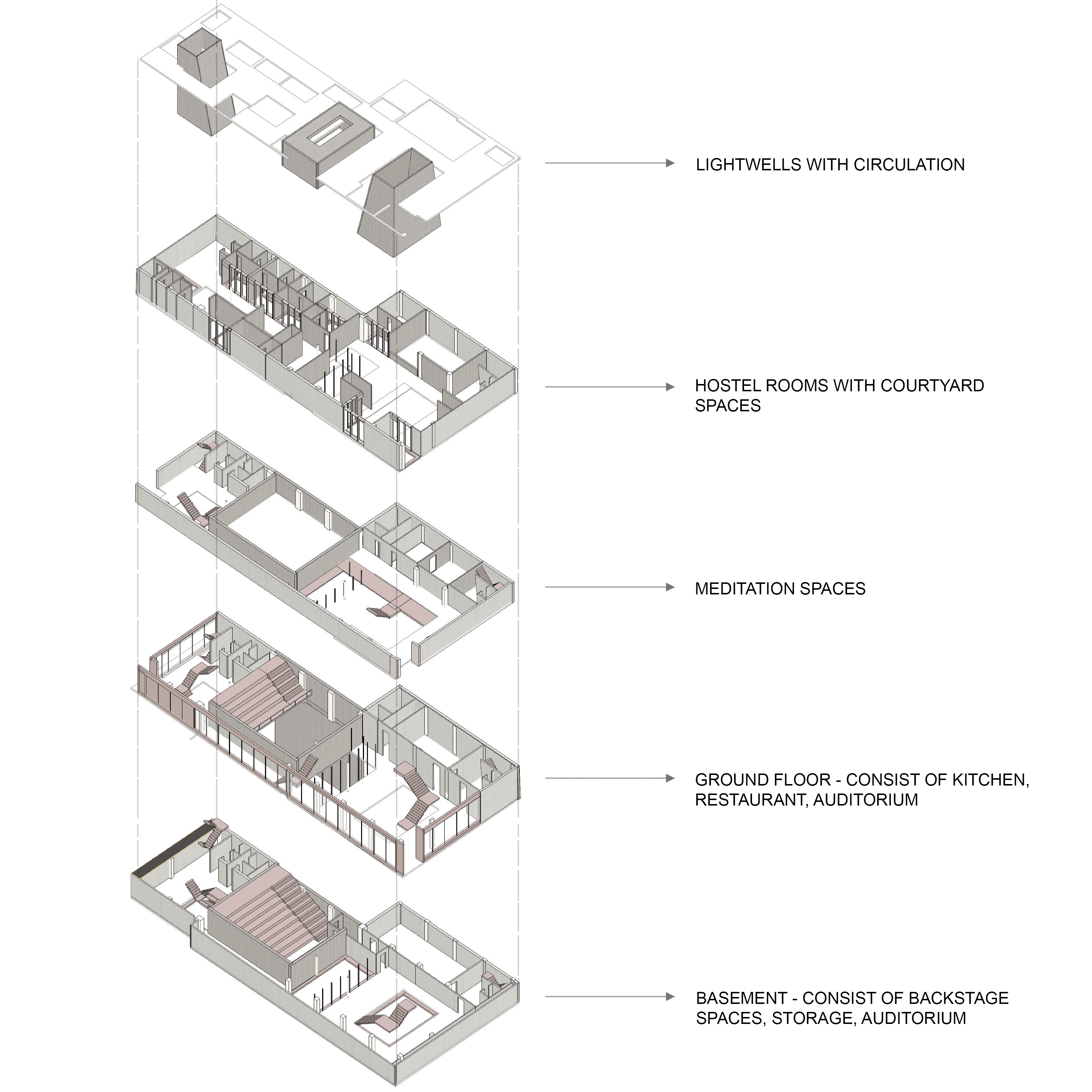 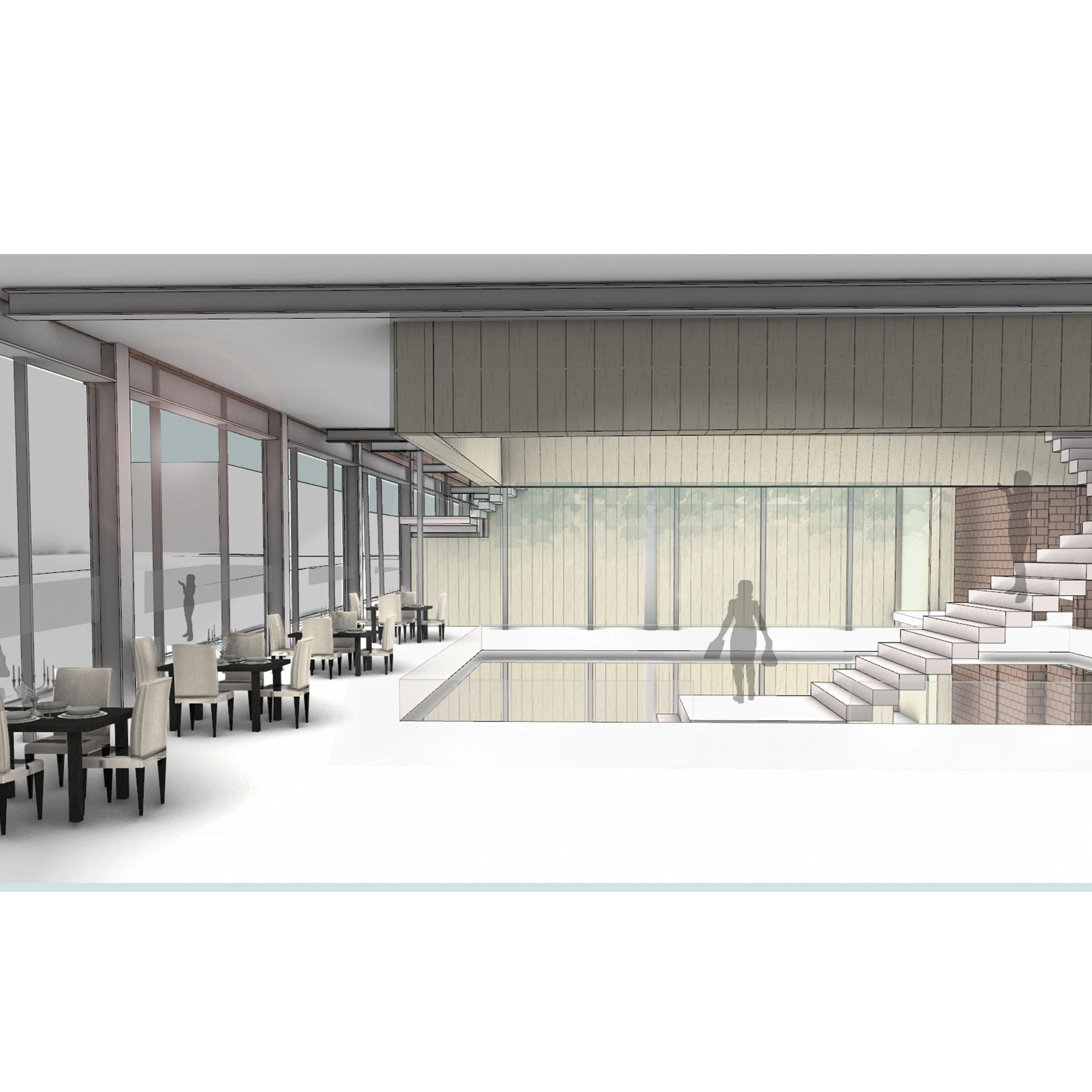 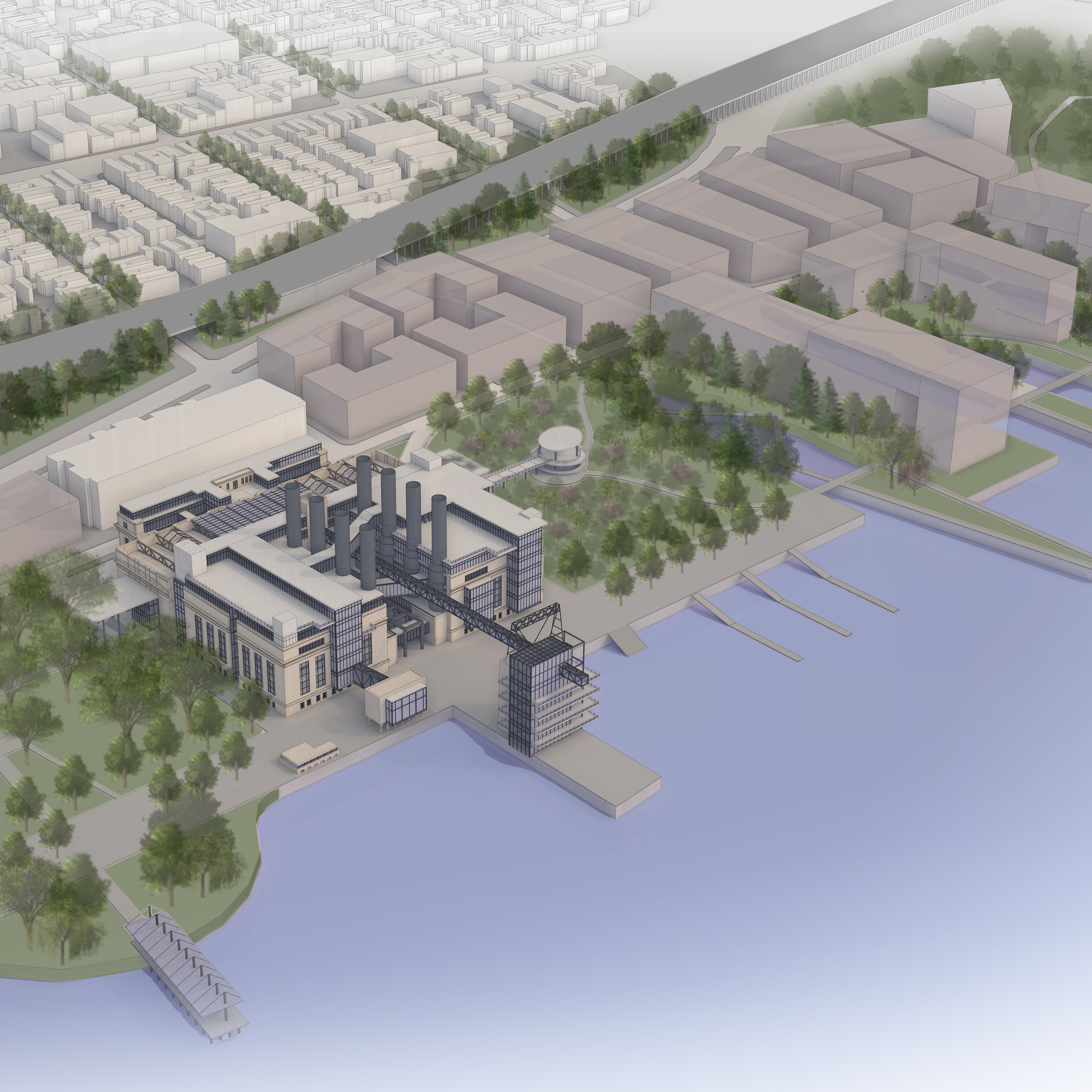 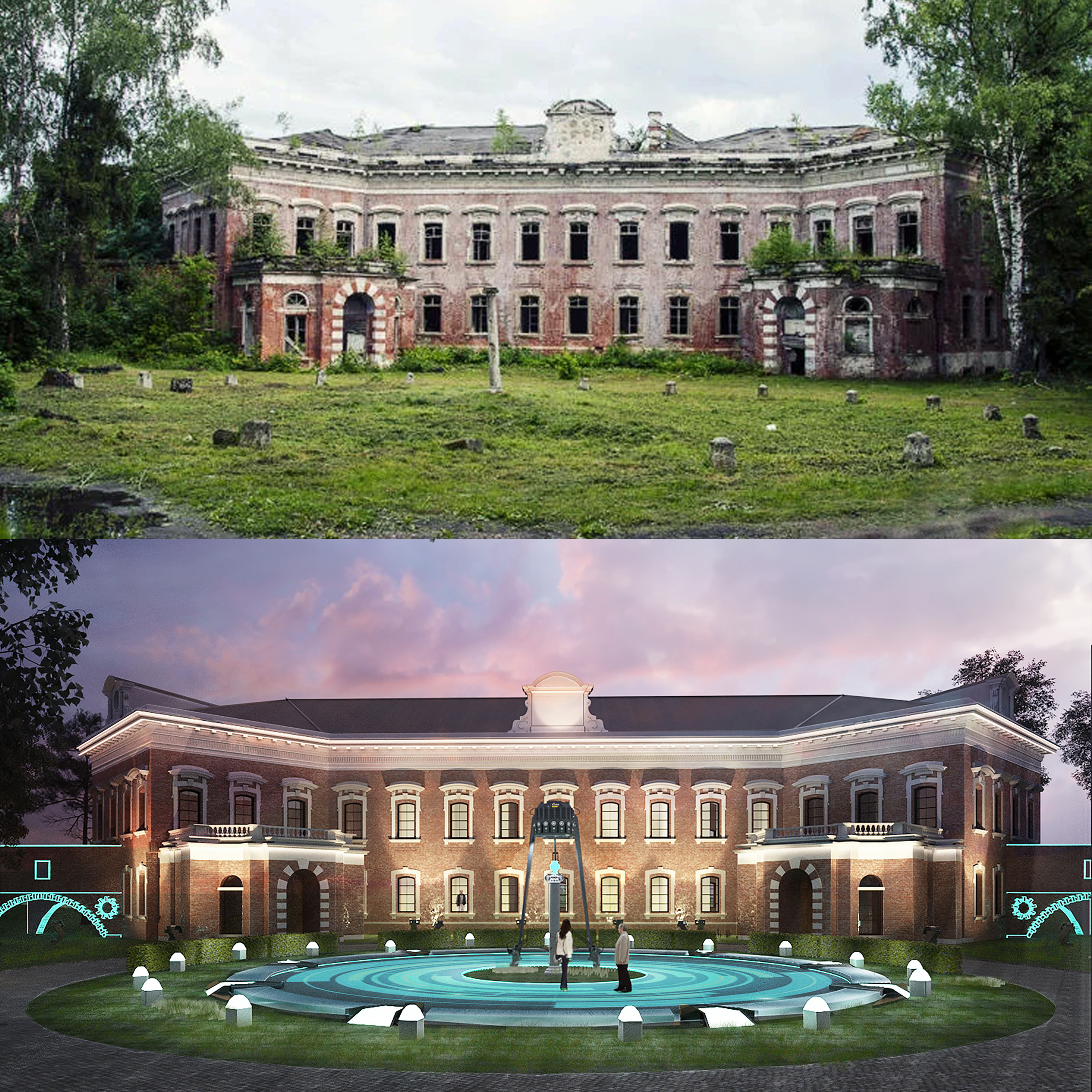